How to import photos into the Photomyne app

You can import any photo from your phone or tablet’s photo library into the app. Here’s how.

To import photos into a new album in Photomyne, go to the main app screen and tap the New album button. This will open the camera screen.

To import photos to an existing album go the the album screen and tap Add button on the bottom-left of the screen, this will also open the camera screen.

Both options above will take you to the camera screen. Once there, look for the Import link to the left of the camera button. Tap it. 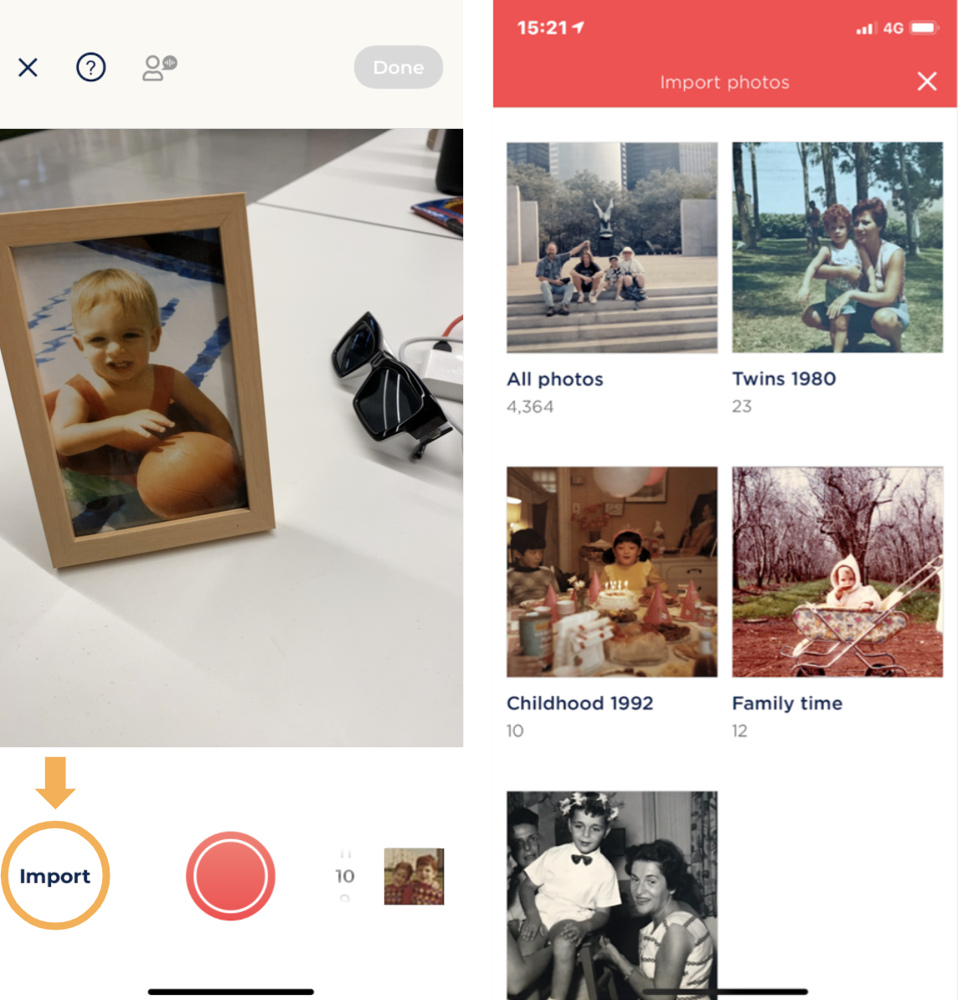 Left: the Import button in the camera screen. Right: Select which photo folder on your device you'd like to import photos from

When you're ready, tap the Import button on the bottom part of your screen. 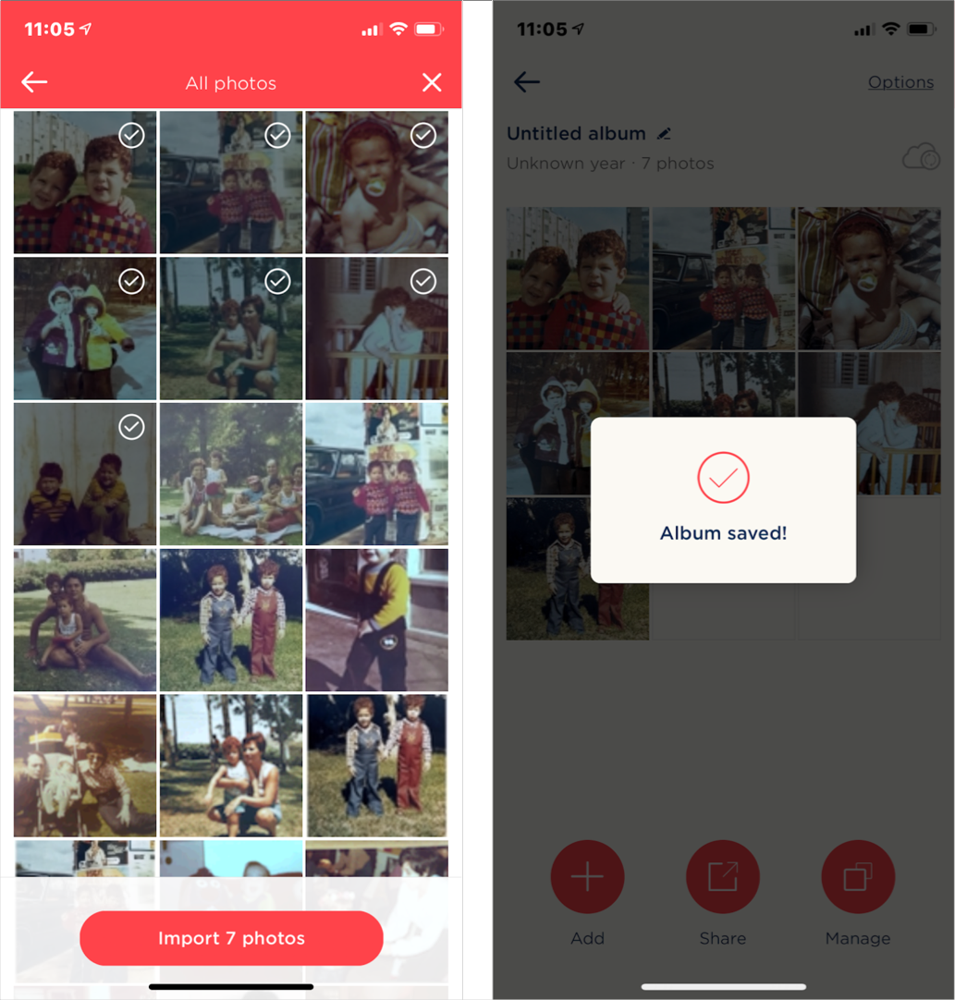 Whichever photos you selected, the app will auto-crop and save them into your current album.

From this point on, those imported photos will become Photomyne photos. Once part of the Photomyne app, you can select which album to save them in, rearrange their order, and share them with friends and family.

A word on photo access: Please note that the Photomyne app will require access (or permission, if using an Android device) to your device’s photos folders in order to import photos into the app. For more information on the access and permissions required by the app on your device, visit this guide.

Need help and/or have more questions? Contact our support team for further assistance.

This page was last updated in August 2021

View your photos online
Click here from your computer 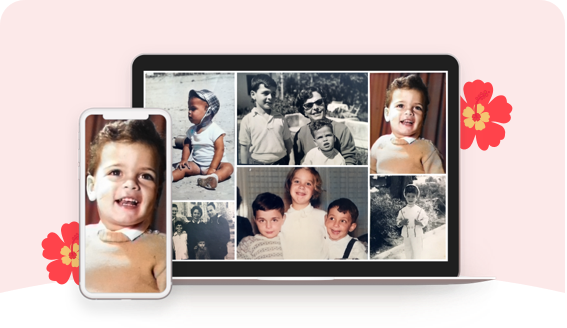 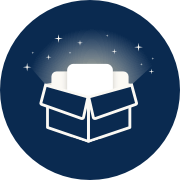